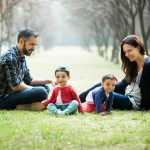 With all the negative reports regarding the drug-related incidences in Mexico, people begin to wonder if Mexico is still a safe place to be. Not to worry. Read on and discover just how secure this country still is. Find out here the answer to: Is Mexico Dangerous?

When compared to the major cities in the United States, the question “Is Mexico dangerous?” seems redundant. While organized crime affecting particular sectors of the population and certain locations maybe cause bigger headlines, the fact is that Mexico is no more dangerous than the United States; in fact, statistically, most places that foreigners visit in Mexico are far safer than most locations in the US.

Could thousands of Expats be wrong?

The numbers of expats living and working in Mexico continues to increase year on year, despite stricter immigration regulations for people planning to work in the country. There seems to be not stopping the influx of foreigners choosing to live in Mexico.

Careful investigations into whether Mexico is dangerous report that most of the incidents of violence affect drug gang members struggling over power and territory. These reports also show that business visitors, tourists and foreign expats are not affected by these gang wars. Obviously, if you go looking for trouble you will find it, no matter which country you visit.

Being one of the world’s “Trillion Dollar” economies, Mexico is in fact one of the world’s economically-stable nations with many “first world” countries contending to have a piece of the pie when it comes to trade with Mexico. In the last couple of years, reports have shown that foreign investment has been pouring into the country and is set to continue, despite the unrest that the newly elected Donald Trump might cause while his administration defines its goals.

As a neighboring country of the U.S., Mexico’s location makes it prone to trade routes that encourage trafficking of illegal substances. Drug lords are competing for these routes and of the overland trades. However, you will find that these areas close to the borders are dangerous on both sides, both Mexico and the United States.

Even more, Mexico’s underlying condition gets stronger and stronger. Even with the media posts regarding drug related violence, the country’s economy continuously take positive trends and are well-established and in good shape. The reserves of substantial oil and gas with all the considerable mineral deposits and wealth of precious metals are inviting foreign investors to take part of this gigantic success. Foreign business visitors and tourists keep coming back even with these negative news headlines. More and more trades are made by the government with foreign countries.
What are you opinions? Is Mexico dangerous? Let us know what you think.